Lathlain Park Primary School was opened in 1956. For the past six decades it has played a central role in the development of children in Lathlain.

Lathlain Primary School has had a varying student population, but with a constant supportive parent body. During the early 1970s the student numbers rose to between 500 and 600. However, with the population changes in the area, the school decreased in size to a population low of approximately 170 students in 1994. At this time a rationalisation process engendered by the Ministry of Education saw the school threatened with closure.

Carlisle Primary School and Lathlain Park Primary School were to amalgamate (though which school was to close was never decided). A last moment reprieve was given when a close look at the practicalities of children crossing a major street such as Orrong Road led to the decision to keep both schools independent.

During the 1980s Lathlain Park Primary School expanded for a few years when two demountables were added to the campus. These were to be used as school rooms for children with special needs. After approximately three years they were dispersed into standard classrooms at various schools.

In 1988 a time capsule was put into the front rose garden of the school. This was buried during Australia’s Bicentennial Celebrations. Enclosed was a selection of children’s work, letters and family histories. It was to be interred for 25 years and to be opened in 2013. 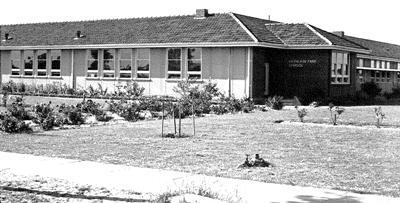